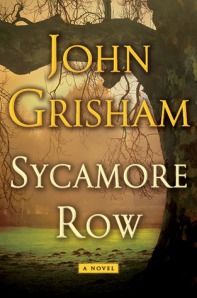 Blurb from goodreads.com, sroll down for my review

John Grisham takes you back to where it all began . . .
John Grisham’s A Time to Kill is one of the most popular novels of our time. Now we return to that famous courthouse in Clanton as Jake Brigance once again finds himself embroiled in a fiercely controversial trial-a trial that will expose old racial tensions and force Ford County to confront its tortured history.
Seth Hubbard is a wealthy man dying of lung cancer. He trusts no one. Before he hangs himself from a sycamore tree, Hubbard leaves a new, handwritten, will. It is an act that drags his adult children, his black maid, and Jake into a conflict as riveting and dramatic as the murder trial that made Brigance one of Ford County’s most notorious citizens, just three years earlier.

END_OF_DOCUMENT_TOKEN_TO_BE_REPLACED 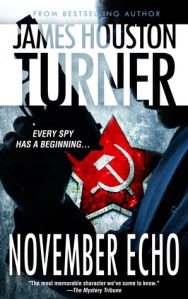 blurb from goodreads.com, please scroll down for my review
Every spy has a beginning, and for Colonel Aleksandr Talanov of the KGB, that moment occurs one summery night in 1985 on the Costa del Sol, at the height of Cold War tensions between the Americans and Soviets.
As a signatory to the Biological Weapons Treaty of 1972, the United States had already destroyed its military stockpiles of weaponized pathogens. The Soviet Union, however, responded differently to the signing of that treaty. They created a network of forty-seven top-secret production facilities spread across Russia. Called Biopreparat, it was the largest biological weapons program in history.
So when a scientist from one of those facilities decides to defect, Talanov has the assigned task of bringing him back. But after tracking the scientist and his family to Spain, Talanov is betrayed and the scientist and his family are murdered.

END_OF_DOCUMENT_TOKEN_TO_BE_REPLACED 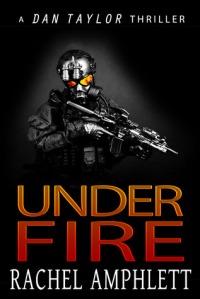 Blurb from goodreads.com, scroll down for my review.

An explosion rocks a Qatari natural gas facility… a luxury cruise liner capsizes in the Mediterranean… and someone has stolen a submarine…
Are the events connected?
Dan Taylor doesn’t believe in coincidences – all he has to do is convince his superiors they are next in the terrorists’ line of fire.
As Britain enters its worst winter on record, Dan must elude capture to ensure the country’s energy resources are protected. At all costs.
In an action-packed adventure, from the Middle East through the Mediterranean to London, Dan and his team are on a quest which will test every choice he makes. Assisted by the exotic Antonia Almasi, Dan realises he faces an adversary far greater than he ever imagined.
And not everyone is going to survive.

END_OF_DOCUMENT_TOKEN_TO_BE_REPLACED 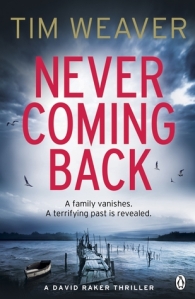 Here we are again, at the time of the month where my online book group discusses the book of the month. This month´s choice is Never Coming Back by Tim Weaver. I had never heard of this author before until I was browsing on the Richard and Judy´s book club and I came across their autumn list.

blurb from goodreads.com scroll down for the good stuff

A SECRET THAT WILL CHANGE LIVES FOREVER

It was supposed to be the start of a big night out. But when Emily Kane arrives at her sister Carrie’s house, she finds the front door unlocked and no one inside. Dinner’s cooking, the TV’s on. Carrie, her husband and their two daughters are gone.