Blurb from goodreads.com, please scroll down for me review.

Set in seventeenth century Amsterdam-a city ruled by glittering wealth and oppressive religion-a masterful debut steeped in atmosphere and shimmering with mystery, in the tradition of Emma Donoghue, Sarah Waters, and Sarah Dunant.
“There is nothing hidden that will not be revealed…”
On a brisk autumn day in 1686, eighteen-year-old Nella Oortman arrives in Amsterdam to begin a new life as the wife of illustrious merchant trader Johannes Brandt. But her new home, while splendorous, is not welcoming. Johannes is kind yet distant, always locked in his study or at his warehouse office-leaving Nella alone with his sister, the sharp-tongued and forbidding Marin.
But Nella’s world changes when Johannes presents her with an extraordinary wedding gift: a cabinet-sized replica of their home. To furnish her gift, Nella engages the services of a miniaturist-an elusive and enigmatic artist whose tiny creations mirror their real-life counterparts in eerie and unexpected ways . . .

Johannes’ gift helps Nella to pierce the closed world of the Brandt household. But as she uncovers its unusual secrets, she begins to understand-and fear-the escalating dangers that await them all. In this repressively pious society where gold is worshipped second only to God, to be different is a threat to the moral fabric of society, and not even a man as rich as Johannes is safe. Only one person seems to see the fate that awaits them. Is the miniaturist the key to their salvation . . . or the architect of their destruction?
Enchanting, beautiful, and exquisitely suspenseful, The Miniaturist is a magnificent story of love and obsession, betrayal and retribution, appearance and truth.Magical and certainly out of my confort zone. Well, not so much, I do read different genres but I don´t usually read historical fiction much at all. There was something about this one, the title, the cover…. I had to give it a go and I am so glad I did. This is Jessie Burton´s debut novel.

Once in a blue moon and amazing author comes along. There is so much detail in the writing. I can imagine it is hard writing about 1686, you need to do a fair amount of research. Although, how accurate is really is, I have no idea and 17th century Amsterdam is not my strong point, but I did love all the details: about the sugarloaf’s, the different, but weird, laws the burgomasters introduced, the details about the cabinet given to Nella as a wedding present, the way Johannes treated Nella, etc.

“I´ve been doing this for twenty years – far too long” He sighs. “One must tread carefully, and yes she crashes like an elephant.” “I see” Nella says, although she has no idea what an elephant is.

Nella, or Petronella, is the main character, she is an 18 year old, newly married to an older man. She is from a small village in the country and moves to live with her new husband in Amsterdam. When she arrives her new husband isn´t there, not the best way to start a marriage. She is a little naive to start but she learns quickly and turns out to be a tremendous character. She grows strong as the months pass and she is totally different at the end of the book.

There are a few other main characters also Johannes, Marin, Toot (Otto), Cornelia and I must not forget Peebo, the cute little parakeet. Each has a different part which is just as important.

“Love, love your children, for they are the seeds that will make this city bloom. Husbands, love your wives, and women be obedient, for all this is holy and good. Keep your houses clean, and your souls will follow suit.”

It starts a little slowly but persevere and you will be pleasantly surprised, it will take up all your spare time and a little more. This is one of those books that will stay with more for ages, it´s not often I say that. I cannot recommend this more highly. Another one of those books is The Kashmir Shawl. 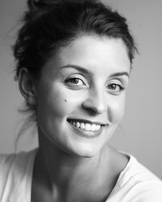 Burton studied at Oxford University and the Central School of Speech and Drama,[1] where she appeared in productions of The House of Bernarda Alba, Othello, Play and Macbeth. In April 2013, her first novel, The Miniaturist, was sold at an 11-publisher auction at the London Book Fair, and went on to sell in 29 other countries around the world. It will be published by Picador in the UK and Holland in July 2014, and the USA in August 2014, with other translations to follow. Radio 4 have commissioned it as their Book at Bedtime in July 2014. It tells the story of a wealthy, dysfunctional merchant family living in 1686 Amsterdam, under the watchful eye of a mysterious miniaturist. She is currently writing her second novel.

Wbhat a great short video, Peebo is also there.

An interview with Richard Lee

2 thoughts on “The Miniaturist by Jessie Burton”