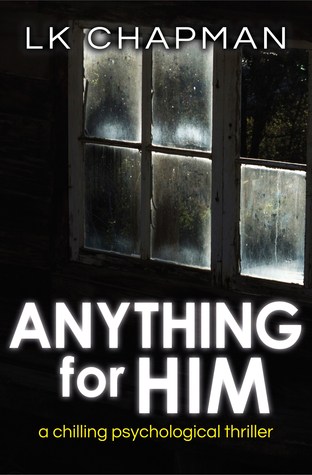 blurb from goodreads.com, please scroll down for my review.

Vulnerable and alone after the tragic loss of her parents Felicity finds herself in a relationship with volatile and troubled Jay.

Reluctantly drawn in to a twisted revenge plan against Jay’s former best friend, Felicity soon becomes trapped, and as Jay turns increasingly controlling and abusive she questions everything he has told her about his past and his former girlfriend Sammie. But when she wants to expose the truth she comes up against an even greater threat: Someone obsessed and dangerous. Someone who has always been in the background of Jay’s life. Someone who will do anything for him.

A first time listen to this author for me, thanks to LK Chapman for the audio book, which I received in exchange for an honest review.

Incredibly twisty, violent, manipulating and scary, the thing that mainly put me off was the violence, from a sensitive issue, normally I am not worried about this while I read, but, maybe I should give more stars because of the detail and the superb writing from the author. It jumps easily from past to present and slowly you learn to understand how they work together and things start to fall into place.
I actually hated both of the main characters, they got under my skin a little, but I think that was the point.
The book is shorter than most, listening was 6 + hours which I actually enjoyed. 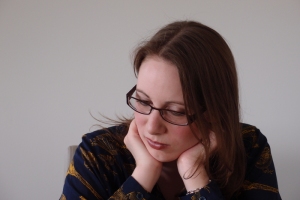 Louise Katherine Chapman was born in Somerset, UK, in 1986. She studied psychology at the University of Southampton and has worked as a psychologist creating personality questionnaires for a consultancy company. She has also spent some time volunteering for mental health charity Mind.

Chapman loves to write because she loves learning about people and she loves stories. A major turning point in her life was the day she realised that no matter how strange, cruel or unfathomable the actions of other people can sometimes be, there is always a reason for it, some sequence of events to be unravelled. Since then she is always asking “why” and “what if” and she is fascinated by real life stories capturing the strength, peculiarities or extremes of human nature.

LK Chapman’s first novel, Networked, was a sci-fi thriller but now she’s turned her attention to writing psychological suspense. Her first psychological thriller, Anything for Him, was published in 2016, and her new novel The Stories She Tells will be released on 12th October 2017.

LK Chapman lives in Hampshire with her husband and young family. She enjoys walks in the woods, video games, and spending time with family and friends.

You can receive a free copy of LK Chapman’s short story Worth Pursuing, as well as news about new releases, by signing up to the LK Chapman reading group.

One thought on “Anything for Him by L.K. Chapman (audiobook)”